Pawan Natekar likes to experiment with various shades of charcoal that bring out hyper-realism in his work making his art one-of-a-kind.  His story holds many pieces of advice and inspiration to more than his 10K followers on Instagram.

All thanks to Pawan Natekar, he helped us look at art in a different and more realistic manner. He is selected for the Survival Art Festival in Italy in October wherein he will explore contemporary art survival in today’s society.

Although Pawan knew that he wanted to be an artist in his childhood, he was coerced into engineering- a field that he had no interest in. After completing his Bachelors and Master of Engineering, he considered taking up a job. But, later on he realized that he wouldn’t be happy and decided to become a full-time artist. Pawan enjoys working with charcoal the most, despite of the difficulties associated with it.

Initially , Pawan wasn’t sure about working on charcoal style portraits as they didn’t work for him. But over time, we can confidently say that he has mastered charcoal art. Generally, he takes a couple of days to complete a charcoal portrait and about a week for an oil pastel portrait. “Art is not an escape, rather a way to embrace reality”.

Many people view art as an escape from reality, but Pawan Natekar views art as a way to embrace reality. On asking how he manages to obtain such accuracy in his pieces, he explains that he observes the little intricacies including the shine of hair, the eyes, the nose, and brings all these features together to make realistic portraits.

Pawan started hosting artistic workshops in Pune to promote art as a means of therapy and personal exploration. He now plans on conducting workshops all across Maharashtra. These workshops are seven-day sessions focusing on aspects of drawing portraits with charcoal and colour pencils like anatomical structure, shading, and lighting.

Pawan Natekar believes that getting selected to the Survival Art Festival in Italy was a miracle. On the final submission day, one of his friends recommended Pawan to submit his artwork. So, he submitted an abstract piece, and within few days he received an email congratulating him on getting selected. Pawan tells us that he was stunned that his work got selected! In his journey being a successful artist, Pawan received criticisms too. He talks about the overnight viral post of a painting regarding the Delhi rape case, which was misinterpretad.

In the beginning of his career, he received some positive and negative comments which deeply impacted him. Over time, critics have improved him as an artist, as a person and taught him how to look out for the underlying suggestions.

Sacrifice is crucial to achieve success. The question is, whether it is worth it?

Pawan explains that he has hit the rock-bottom a couple of times, but persistence helped him create moments that are now defining his successful career.

When we asked Pawan to give his former self some advice, he replies by saying, “I would tell him to leave engineering and become an artist. I would have been more skilled had I started earlier”. 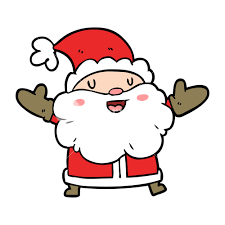